Brew can do it! Brew can do it!

We’ve all seen the claim, “Guinness is good for you” but is there any truth in it?

Since the outbreak of the pandemic, we’ve been watching our recycling bin expand and feeling like we should be out clapping for the bin men every Thursday. With our consumption increasing and the post run beer occasionally turning into two, we wanted to check that we weren’t alone.

We recently set up an instagram poll to see how many runners were partial to a post run beer. The results are in, and a whopping 84% of you said yes!

Alcohol may have even been the carrot to tempt you in to your next event? The Medoc Marathon takes place every year in September and encourages runners to don their finest fancy dress and explore 26.2 miles of vineyards and indulge in 22 wine stops! Not for the faint hearted!

Or, have you set up your Garmin watch to track the number of beers you’ve earned during your workout so you can treat yourself afterwards? Maybe you’ve dabbled in a “beer mile” event? Downing 4 beers, 1 every quarter of a mile, this is perfect training and conditioning for the Beer Lovers Marathon in Belgium.

So, while we were planning our alcohol indulgent events for next year's race calendar, it got us thinking…..

How does alcohol affect our running and does that post-run beer really aid recovery?

It’s ale down hill from here…

Unsurprisingly, alcohol can be detrimental to performance!

Alcohol is a diuretic, so drinking too much of it can lead to dehydration as your kidneys produce more urine. Exercise generally causes you to sweat as your body temperature rises. Combined with drinking alcohol, this will worsen the effect of dehydration, impairing the flow of blood through your body, which is essential for circulating oxygen and nutrients to your muscles. Ultimately leading to reduced performance.

Susan Shirreff (PhD at Loughborough University) conducted research on the effect of alcohol on athletic performance and found that small amounts of alcohol added to your diet limited the ability of your liver and muscles to retain glycogen by almost 50% for up to eight hours after intoxication. Glycogen is an important energy store of the sugar glucose for your body. Exercise requires high levels of sugar to give you energy but if your liver can’t produce enough glucose, your performance will be adversely affected. Therefore proving there are some serious physiological effects which could put you at risk whilst partaking in any sort of exercise!

Enough to put you off?

Whilst alcohol is definitely not recommended before physical activity, the post-run trip to the pub for a beer could actually be beneficial to your body.

Cheers! We hear you say!

After a run, rehydration is key! Beer is made up of 90-95% water making it a decent source of rehydration. Other ingredients include barley, hops and yeast. All of which are natural ingredients providing healthy sources of carbohydrates, fat, protein, fiber and vitamins which your body needs to recover. Also, the more malt there is in a beer from Barley, the higher the concentrated levels of B vitamins there are, making beer a perfect source of recovery!

Whilst beer in this case won’t prevent or treat injury, (for that we recommend a gel pack, obviously!) it will definitely provide your body with the nutrients you need to recover.

So go ahead, reward yourself with a nice pint afterwards!

Alcohol and running for health

The British Journal of Sports Medicine conducted research on the effects that alcohol and physical activity had on risk of death from any cause including cancer and cardiovascular disease.

Researchers found that there was a direct association between ex-drinkers and harmful-level drinkers when it came to death but that occasional drinking was protective against death from any cause.

In people who met or exceeded the weekly physical activity recommendation of 150 minutes of moderate to vigorous intensity exercise, risk of death was reduced. Leading them to believe and conclude that physical activity can cancel the negative effects from moderate alcohol intake.

With us all spending more time at home, alcohol has become less of an indulgence and more of an evening ritual to help us relax in our surroundings.

It’s important to remember that both alcohol and exercise have the same immediate effects on the brain: they are both addictive and release endorphins which make us feel good. So, next time you are feeling low or are in need of a pick me up, swap the beer for a run. After all, it's your good health and wellbeing which will help us fight this virus together.

Remember to drink responsibly and moderation is key! 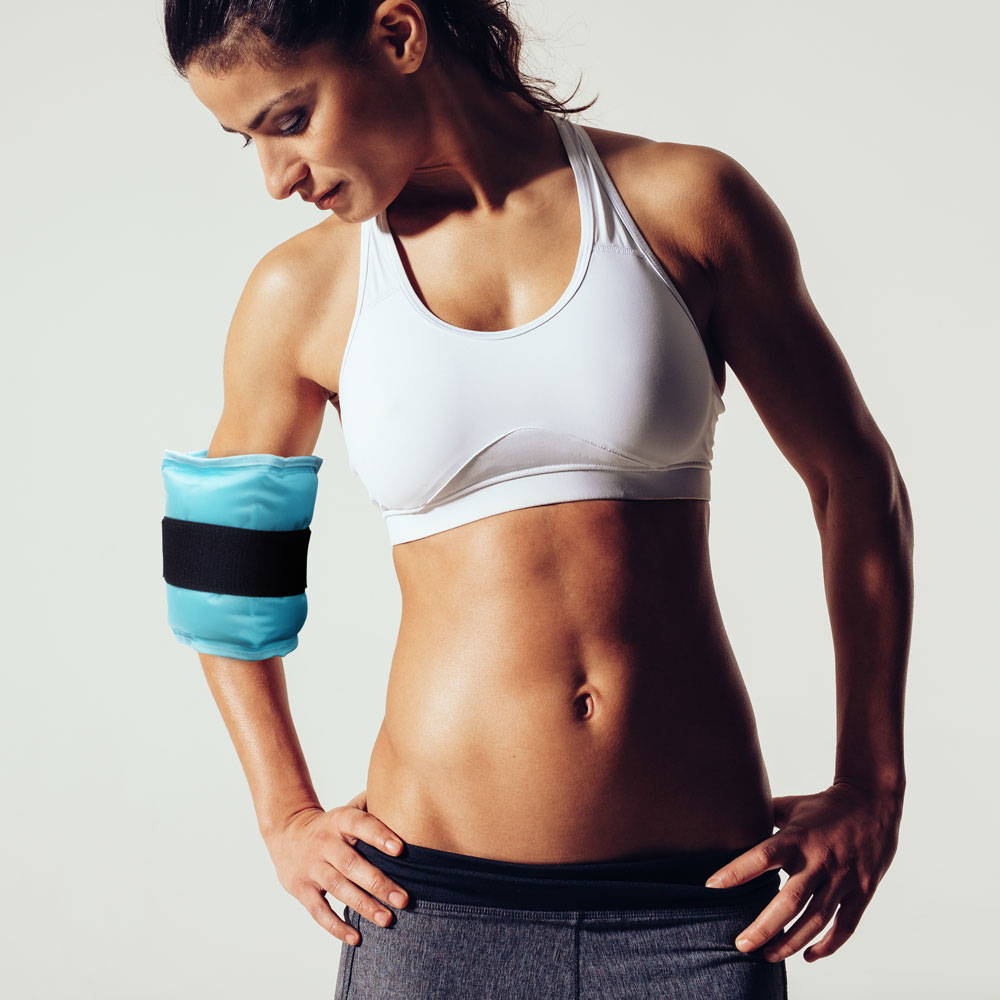